Operation Market Garden (17–25 September 1944) was an Allied military operation planned, and predominantly led, by the British. It was fought in the Netherlands and Germany in World War II. The success of the operation depended on taking a series of nine bridges, the last being at the city of Arnhem over the Rhine river. Airborne and land forces succeeded in the liberation of the Dutch cities of Eindhoven and Nijmegen, but failed in keeping their farthest positions in and around the city of Arnhem including the bridge over the Rhine.

~ All are remembered with Respect, Pride and Gratitude ~ 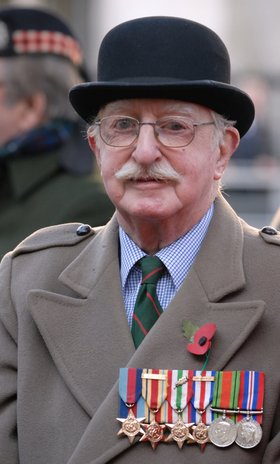 On the 10th of November 2021 we lost the last officer of the 6th Battalion Durham Light Infantry (The Faithful Durhams). Major James Corrigan, a truly delightful gentleman, a wonderful character and our friend.
Standard Bearer of the Market Garden Veterans Association.
*1924 - †2021
We will remember him. 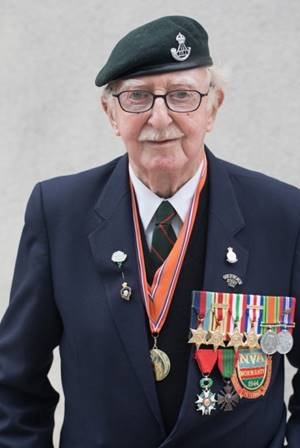 A statement issued by the palace spoke of the Queen's "deep sorrow" following his death at Windsor Castle . The Duke of Edinburgh, the longest-serving royal consort in British history, was at the Queen's side for more than her six decades of reign. "It is with deep sorrow that Her Majesty The Queen announces the death of her beloved husband," the palace said. "The Royal Family join with people around the world in mourning his loss."

With war looming, Prince Philip decided on a military career. He wanted to join the Royal Air Force but his mother's family had a seafaring tradition and he became a cadet at the Britannia Royal Naval College, Dartmouth.

He transferred to the battleship HMS Valiant in the Mediterranean Fleet, where he was mentioned in dispatches for his part in the Battle of Cape Matapan in 1941.

By October 1942, he was one of the youngest first lieutenants in the Royal Navy, serving on board the destroyer HMS Wallace.

Philip took leave from the Royal Navy in July 1951. He never returned in an active role.

The duke was not a man to carry regrets, but he did say in later life that he was sorry he had been unable to continue his career in the navy.

In 1975, he was appointed Colonel of the Grenadier Guards, a position he handed over to his son Andrew in 2017.

But his greatest achievement was undoubtedly the constancy and strength of his support for the Queen in the long years of her reign. 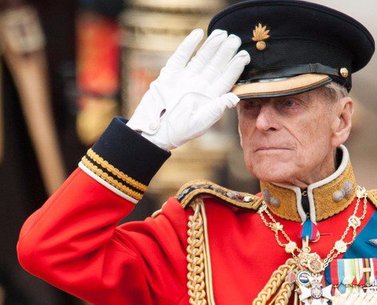 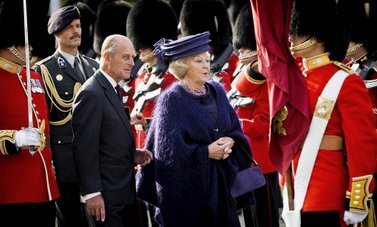 Follow us on Facebook for all information and programmes of events to take place in the Nijmegen, Eindhoven and Arnhem  area 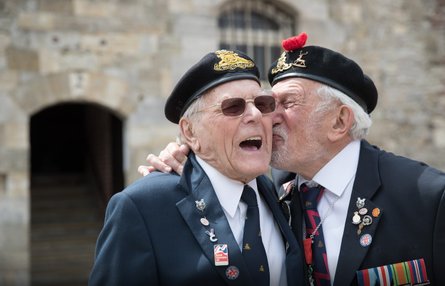 Market Garden, in the footsteps of the 75th

This book is to pay respect for what the finest of young men did to liberate the Netherlands 75 years ago during the biggest airborne operation in September 1944. Tim Hendriks would like to share this book with you to have a guide to travel and see what these young men have seen back in 1944. This guide will get you to many places from the Belgium border up to Arnhem “A bridge too far”. Hereby I would like to quote General Sir Brian Horrocks: "This is a tale you will tell your grandchildren". As history is all ours to share and pass along. Enjoy and remember freedom isn’t free it has been paid for!
Lest we forget!

Market Garden veteran Denys Hunter passed away the 14th of February 2020 at the age of 95. The war veteran belonged to the C Troop 342 Battery, 86th Hertfordshire Yeomanry Fields Regiment, Royal Artillery.Denys Hunter was deployed at Market Garden at the age of 20, which started for him on September 17, 1944. He helped free the cities of Valkenswaard, Eindhoven, Son, Veghel and later Nijmegen. There he worked with the American 82nd and 101st Airborne Divisions.
(Denys is on the left in the picture)

Tim Hendriks, author of Market Garden, in the footsteps of the 75th (2019)

Use the link here to visit our photo gallery  https://gallery.marketgardenveterans.nl/#collections 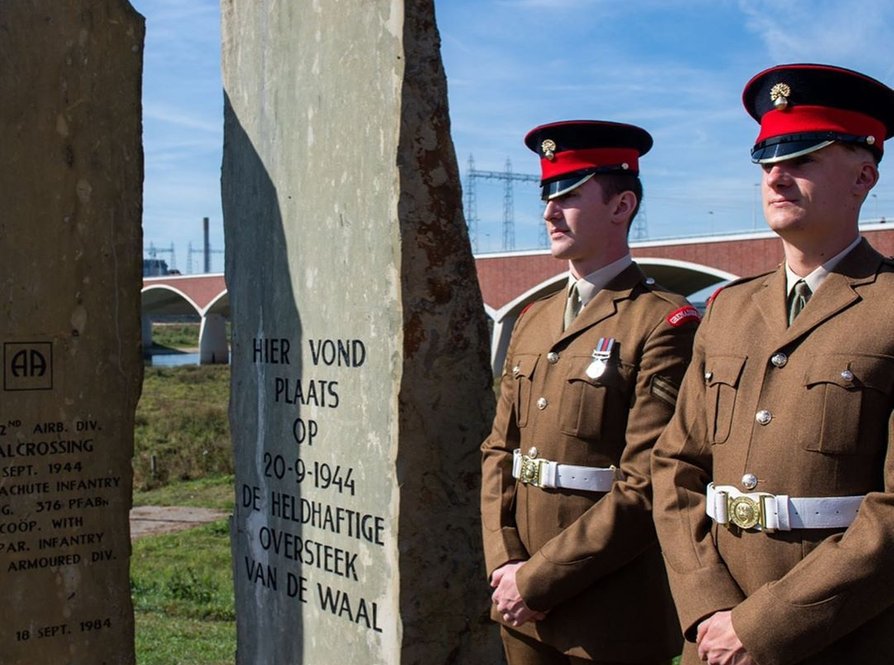 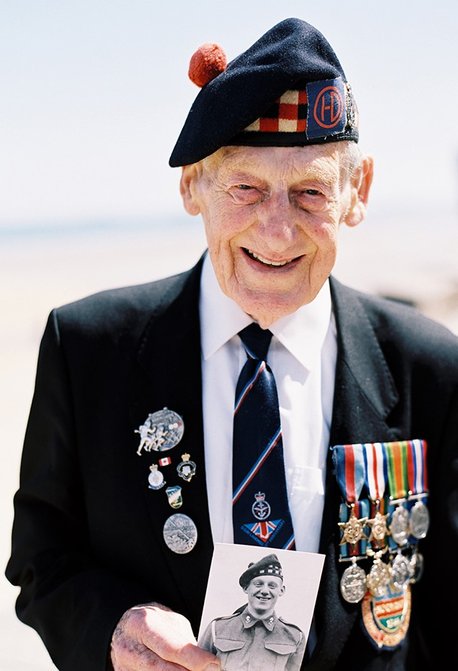 Goodbye to our friend, 99-year-old Royal Artillery veteran Neville Foote.
Neville had joined 79th Batallion Scottish Horse Medium Regiment in 1940. As a Lance Bombardier Signaller, he boarded HMS Cheshire on 2nd June 1944 and began the journey across the English Channel to Normandy.
The 79th Battalion and Canada’s North Nova Scotia Highlanders landed on Juno Beach with the second wave on D-Day. Carrying a folding bicycle under his arm, Neville was under heavy fire as the allies had failed to take out all the German defence guns.
Neville took part in the capture of Nijmegen Bridge during Operation Market Garden and the Battle of the Bulge in December 1944.
He crossed the Rhine in March 1945, where he saw his best friend being “blown to bits” when their bren gun carrier went over a mine. Despite suffering a shrapnel wound himself, Neville was given field dressing and transferred into another carrier just 12 hours later.
Pushing on into Germany, Neville could not have imagined the horrors which awaited him when he was tasked with liberating Bergen-Belsen concentration camp on 14th April 1945.
After two days the Medical Corps took over and Neville pressed on again until VE Day on 8th May 1945 when he was in Bremerhaven.

We will remember him!

passed away at the age of 99 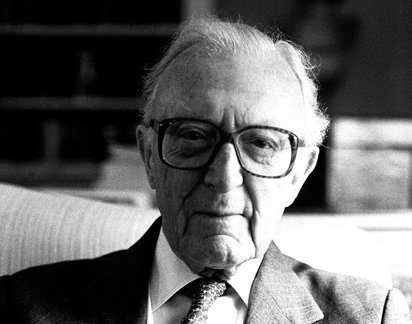 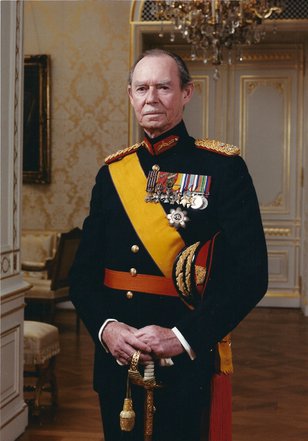 Grand Duke Jean, the former head of state from Luxembourg, passed away at the age of 98

Jean was the eldest son of Grand Duchess Charlotte and Prince Felix. Jean's primary education was initially in Luxembourg, before attending Ampleforth College in England. In 1938, he was officially named Hereditary Grand Duke as heir to the throne of Luxembourg. While Luxembourg was occupied by Germans during the Second World War, the grand ducal family was abroad in exile. Jean studied at the Université Laval in Quebec City. Jean later volunteered to join the British army's Irish Guards in 1942, and after graduating from the Royal Military Academy Sandhurst, received his commission in 1943. He participated in the Normandy landings and the Battle for Caen, and joined the Allied forces in the liberation of Luxembourg, as lieutenant of the Irish Guards he went on to Belgium and the Netherlands, who honored him with the War Remembrance Cross. 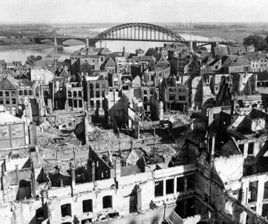 The Battle of Nijmegen or Liberation of Nijmegen occurred in the Netherlands from 17 to 20 September 1944, as part of Operation Market Garden during World War II. The Allies' primary goal was to capture the two bridges over the Waal River at Nijmegen, the road route over the Waalbrug (Waal Bridge) and Nijmegen railway bridge, and relieve the British 1st Airborne Division and Polish 1st Independent Parachute Brigade at Arnhem, 10 miles (16 km) north of Nijmegen. The Allied infantry units at Arnhem were surrounded by German forces, and involved in heavy fighting for control of bridges over the Rhine. 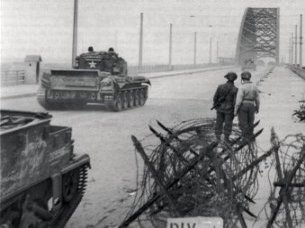 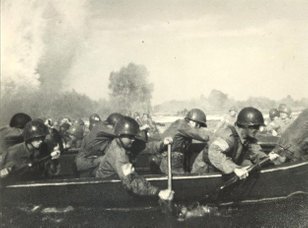 On 20th September the crossing  took place at 15:00, around 2 kilometres downstream from the Waal Bridge, near the old Gelderland Power Plant. The U.S. Paratroopers of the 3rd Parachute Infantry Battalion, 504th Parachute Infantry Regiment were fired on by German tanks, artillery and small arms, suffering losses (48 troopers were killed with several dozens more were wounded). Some boats capsized or sank during the crossing. With 16 boats, the 3rd Battalion succeeded in transporting most troops to the other side in several shifts. 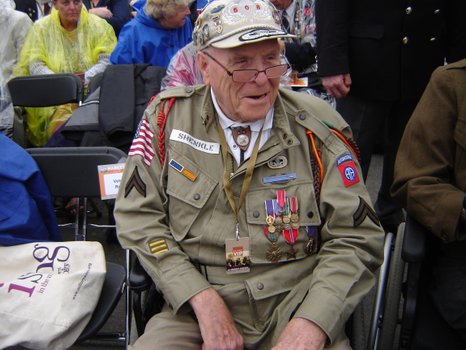 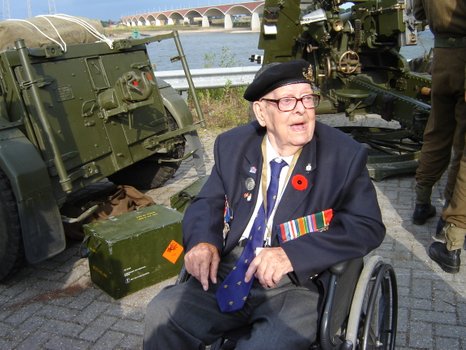 Operation Market Garden 78th Anniversary will be commemorated in the towns of the Netherlands from the 17th till the 21nd of September 2022.

We will visit Grave, Groesbeek, Driel, Arnhem, Renkum and Nijmegen.

All the events will be  attended by crowds of Dutch people and their foreign guests from the United Kingdom, the United States, Poland, Belgium, France and many other countries.

This might be the last chance to pay our respect to all the veterans who fought for our liberty and freedom in September 1944 during Operation Market Garden.

We will remember them! 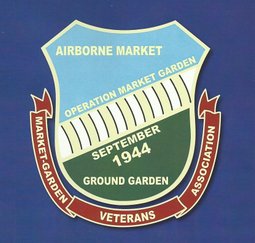